Hackney Pirates, getting kids reading with a swagger 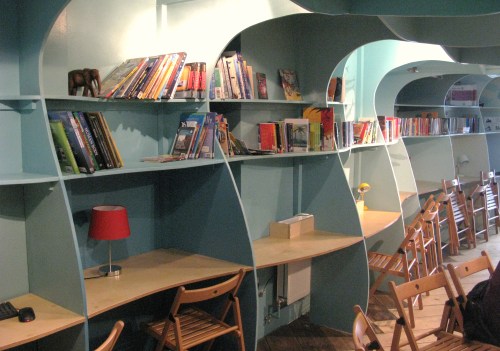 Pic: Jan Weuterisse: The Ship of Adventures provides a fun environment for kids to learn

Hackney Pirates is an innovative literacy project for children set-up in 2010. After three and a half years and five homes they have finally secured a permanent home. We went along to have a look around their new premises in Dalston, East London, and meet founding director, Catriona Maclay.

Catriona previously taught Citizenship in a secondary school, where she struggled with witnessing so many children fail to reach their potential. However she never lost her belief in education as “an optimistic and positive thing to be involved in”.

After watching a TED talk about a project in the US helping children gain motivation to learn she came up with the idea for Hackney Pirates, and within weeks was running its first pilot project.

At that stage they had no premises, and very little money. What they did have was lots of energy and enthusiasm and the backing of Bootstrap Company, a local organisation that supports small businesses.

Bootstrap provided them with a temporary space to run sessions and funding for a member of staff. Catriona and friends raised other monies in a variety of ways, including abseiling down the Bootstrap building in Dalston, and doing a fun-run around Victoria Park dressed as pirates. Since then they have moved around various sites in Hackney, carrying the enthusiasm of the adult and young pirates with them securing a variety of funding sources along the way.

They recently tookon a five year lease in what was the Centreprise building on Kingsland High Street, and are busily turning it into a “ship of adventures”. 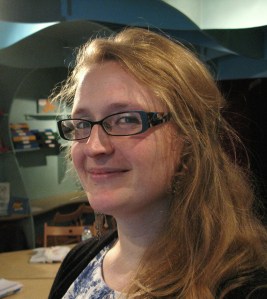 As Catriona explained: “We want to give young people, and slightly older people, the impression that learning is a grand adventure and that’s why our shop will be called the shop of adventures and this building is called the ship of adventures”.

The shop, which resembles the inside of a beautiful wooden ship and must be seen to be believed, will sell work created by the children and local artists of all ages as well as refreshments. It’s set to open at the end of March this year.

The basement is where the children begin their adventures in learning. It is designed to feel like you’re deep underwater, below the ship, and features wavy shelves of books. Designed with the help of the children who will use the space it opened at the beginning of the year.

After referrals from Social Services and schools, young people are invited to visit the ship for a tour and are then asked whether they would like to become regular attendees. According to Catriona it is very rare for a child not to accept their offer. Like her, they see the ship as “a place where cool things happen” and are eager to be part of the action.

Young people come along once a week after school for two and a half hour sessions, which are a mix of reading and creative work. They are supported by a team of adult volunteers who give them one-to-one attention. Some of the work they create is then turned into products, such as books and CDs, that are sold in the shop.

The kids have already produced a CD of motivational   speeches, a guide book to Hackney, and a book of Hackney superheroes. Each child has the chance to contribute to these anthologies, which are then professionally produced ready for sale.

Catriona said: “Like everybody, children work best when there is a real world outcome to what they do,” and added, it’s “like a publishing house for young people… constantly working toward a tangible high quality outcome to their work”. But all along the work is based around developing their literacy and, of course, their confidence.

Catriona’s passion is infectious, and on visiting the Ship of Adventures it is clear to see what a great resource she and her project are for the children of Hackney. Further information, including how to sign up as a volunteer, is available on their website at www.hackneypirates.org