My journey with Poached Creative 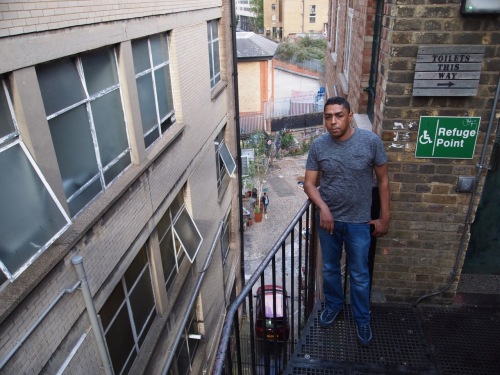 Poached Creative is a social enterprise communications agency, that puts creative jobs in reach for disadvantaged people. As their Volunteer Press Officer I can speak firsthand of how they make a positive impact on people’s lives.

Two years ago I was made homeless and had to drop out of University. It was at this time that I also experienced the loss of close relatives and life started to spin out of control. I ended up in prison and life seemed so bleak. I could not see any light at the end of the tunnel.

I genuinely believed that it was the end. Fortunately, upon my release from prison I began to receive support from homeless charity St Mungo’s Broadway and they told me about The Big Issue online journalism programme, which trains homeless and marginalised people in journalism and photography. END_OF_DOCUMENT_TOKEN_TO_BE_REPLACED

Having formerly become homeless after a mental breakdown Anil dreamed of starting his own business. As he was not sure how to approach this he began attending short courses for adults out of work, as a step toward achieving his entrepreneurial goals.

This led to Anil being referred to the Big Issue online journalists and he immediately saw the course as a great way to develop his skills. Commenting on how the course benefited him he explained: “Joining the course helped me to establish a daily work routine of getting up in the morning, travelling or getting some work done and that gave structure to my life. I wanted an education so that I would have a good solid foundation, before I started on my business venture. This course was also a great opportunity to meet new people and socialise with those who may be in a similar position to myself.”

As a result of the course photography has now become a personal hobby of Anil’s and one which he said he greatly enjoys. ”It was so helpful just learning the basics of using a camera. It was great going out and taking photos, where we focussed on trying to capture a story from it.”

As well as helping to develop his photography skills the course also boosted Anil’s self-confidence. He said this gave him the belief that his business idea could be successful and helped him stay committed to the project. Speaking of the professional value of the course Anil said: “[It was] a great opportunity to network, as I had different connections that could help me with the startup of my business.”

Since completing the course Anil has put together a business plan and received funding for his Buzz Bike Hire Company; an electric bike hire scheme aimed at tourists, which features a unique delivery and collection system that he hopes will appeal to his target audience.

The Buzz Bike Hire Company is due to be launched within the next few weeks and talking about this next chapter in his life Anil commented: “It’s been daunting going into business because it’s something that I’ve never done before and you don’t know how it’s going to be received. It’s also difficult to set up a business with as little money as possible but I appreciate all the help that I have been given.”

After studying at The London School of Journalism Danielle became a freelance journalist, working for various publications, including The Guardian, Mixmag and Time Out.

Unfortunately personal issues got in the way of her blossoming career and she lost confidence in her writing ability. So when the opportunity to join the Big Issue online journalists came up Danielle jumped at the chance to rehome her skills, get her confidence back and reignite her journalistic career. She explained:

“I hadn’t been working for a while because of family, personal and housing problems when my employment coach at Crisis called me and told me about the course. While I had already trained as a journalist we thought it was a good idea for me to go on it and develop my photography skills some more, because photography was something I wanted to take further.”

While Danielle initially joined the course as a photography trainee working in a journalistic environment quickly reignited her passion for writing and she quickly began engaging in both activities, writing about wider social issues important to her, alongside the social enterprises and charities she interviewed as part of the training. Speaking about the effect the course had on her personally Danielle said:

As well as helping Danielle regain her skills and confidence as a journalist the development of her networking skills has proved to be equally important in kickstarting her career and it was at a training session at Thomson Reuters Foundation that Danielle learn’t the importance of social media networking for journalists. She recalled:

“The session on photojournalism and how to use Twitter more effectively was really helpful, as it showed me how we are living in an age where journalists have to be online as well as front line,” adding: “I feel that since the training course I have been much more confident [using social media] and have been able to use Twitter and Linkedin to network and arrange interviews”

Through contacts made on the course Danielle has gone on to work for Thomson Reuters Foundation, The Big Issue and Poached Creative. Speaking about her career moving forward Danielle said:

“One of the things I learn’t on the Big Issue training course with Poached Creative was the importance of your online presence, so I’m just finishing off what I would call my online strategy as a journalist. It has taken me some time but I have now finished my website and have a flickr account for my photography work. Through these online platforms I hope to reach out and make new contacts.”

Before joining the Big Issue online journalists Chris had only sporadic periods of employment. He discovered the course following advice from a friend who had taken part in the training and thought that Chris would benefit from it.

Chris has been a keen photographer since 17, but at that point he didn’t know what he wanted to do with his life. More recently photography has become more important to him and he started thinking about having a job which involved taking pictures for a living.

Since completing the Big Issue Online Journalism course Chris has been working freelance on a film project for Mediorite and on various market research assignments. He said: “Discovering Poached has really been good for me. I met Jess [Director, Poached Creative] and Lucy [Director, Mediorite]. I learnt more skills in photography which was helpful. I also met new people.”

Chris really appreciates what he’s learnt at Poached. Chris said: “It is important to get out there and take opportunities regardless whether you are marginalised or not. It’s about putting yourself forward to create opportunities for yourself and doing things you are interested in with a group of people with similar interests. This gives you a push and motivates you to do stuff. When you don’t believe in yourself you get lazy. If you’re unemployed it is a chance to rediscover yourself.”

Since the training Chris has discovered the importance of keeping busy with work. He films and edits for market research companies, charities and is continuing with photography as a personal hobby.

Chris is passionate about the work he’s doing now. He enjoys the process of filming, editing and camera work. He likes the films he’s making because they are trying to make a change.

He hopes to continue making films for charities in London, making a successful living with a decent portfolio. He still has aspirations to do more ‘art-house’ work and wants to apply the skills he has learnt to different avenues. Chris says: “I enjoy photography the most because it gives you a strong feeling straight away. Filming is more diluted but is becoming more and more important.”